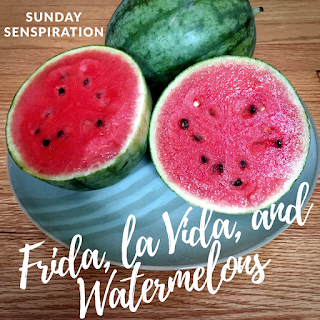 “Love in lowercase: It’s when some small act of kindness sets off a chain of events that comes around again in the form of multiplied love. Then, even if you want to return to where you started, it’s too late, because this love in lowercase has wiped away all traces of the path back to where you were before.”

﻿
I wanted to read Love in Lowercase by Francesc Miralles because it’s set in Barcelona, which is a place I have long dreamed of visiting, a place I find extremely visually appealing, the home of endless Gaudí artwork and Catalan architecture. I was hoping to read the book and feel like I was there, engaged by all of my senses. Miralles occasionally mentioned the names of streets and restaurants and alluded to local artists including Gaudí and Miró, but there were few multi-sensory descriptions of the city. Nonetheless, the book captured my attention.


The central character Samuel is a German literature professor who was antisocial to a not-very-believable extent, I’ll admit.  Yet within a few chapters he grows from a lonely creature of routine into a more curious, open-minded individual who constantly tunes into what is around him.  He is present in the moment, taking in everything that is happening as if it is a clue to the next step in his life.  He at one point says “he accepted that the leitmotif for the day was ‘Anything can happen’.” It was this keen sensory awareness that kept me intrigued as I read the book.


Samuel is consumed with uncovering the meaning of a chain of interactions that he views as cause and effect or a “love-in-lowercase succession of events.” First a persistent and charismatic cat finds his way into Samuel’s solitary existence. Soon Samuel forms a unique bond with an eclectic neighbor, an editor named Titus, and finds himself writing a book on his behalf, entitled A Short Course in Everyday Magic. It is Titus who offers the perspectives “We live in a world of sensations and feelings.  Always remember that, Samuel.  Never reject your sensations and feelings.  They’re all you’ve got.”  and “Remember that nothing happens without a reason.” Samuel also becomes intertwined with the eccentric Valdemar who thinks human immortality exists on the moon; he discusses a future so splendid that he has nostalgia for it. Ultimately, Samuel finds himself pursuing Gabriela, a beautiful woman whom he met once when they were both children.
Thousands of candles can be lit by just one candle,
and the life of that candle will not be shorter because of it.
Happiness is never diminished by being shared.
- Siddhartha Gautama
Samuel is highly analytical by nature, and throughout the book he ponders various quotations from literature, such as the above quote, and definitions of words, such as satori which means “a magical experience...when time seems to stop.” This philosophical thinking coupled with his newfound mindfulness allow him to appreciate ordinary moments as seemingly magical, such as the moon appearing as “a giant, milk-colored fruit” while walking in the city late at night.

I experienced one such moment of blissful satori after reading the final pages of the book. I won’t disclose what happens with the romantic interest, but the climax takes place in an art bookshop where a Frida Kahlo exhibition was displayed, and it included what is thought to be her last painting, which was a still life of watermelons, a work that I had never heard of. I really enjoy the work of Frida Kahlo and find her personal story to be fascinating. My interest in her was recently reignited by an exhibit at the DenverArt Museum (pictured above, blog post to come). Also, few things excite me more than watermelon in the summertime. So I immediately started googling and found an image online of this wonderful painting. A small collection of watermelons in different shades of greens, some mottled, some striped, some whole, some sliced open exposing the cool pink fruit. One slice has text traced into it: “Viva la Vida,” meaning "Long Live Life." There is speculation that Frida painted the melons much earlier and upon her nearing death added the words. She was an artist who almost always incorporated vibrant colors, even though she dealt with far more than her fair share of pain and suffering. These watermelons and inscription seem to reflect her never ending attitude to celebrate life’s simple pleasures, even though they may be fleeting; watermelon season is so brief. It was such a pleasant surprise to finish a book, then get lost in uncovering some tidbits about an artist I adore, and to have yet another reason to savor every sweet crunchy bite of watermelon in the summertime.
at July 30, 2017